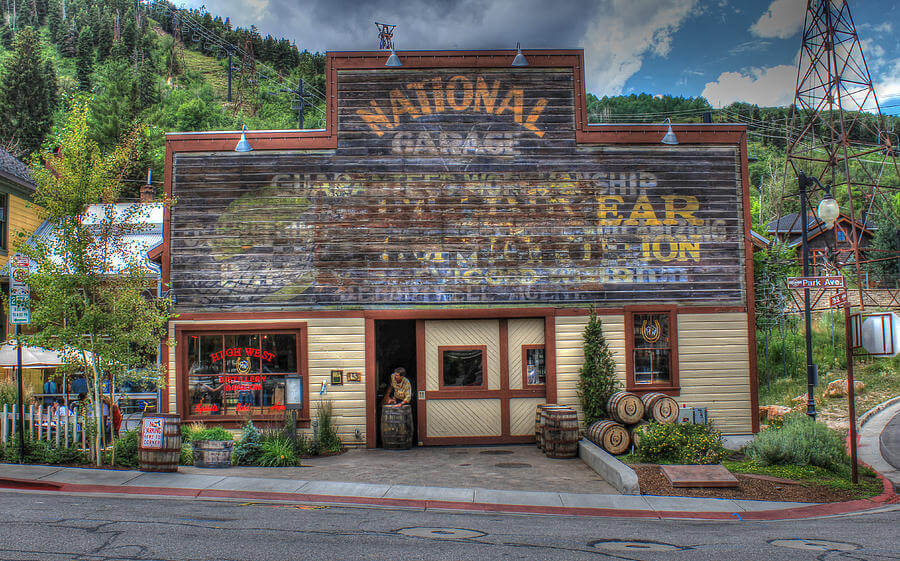 For dining, Main Street is a premier destination. Most restaurants are casual, but don’t let the dress code fool you. Park City offers everything from burgers to pizza to elegant gourmet meals. In and around Main Street you can find restaurants featuring American Southern, American Western, Chinese, Italian, Mexican, Thai, French, Swiss, Brazilian, or German specialties, to name a few. After dinner, Park City’s reputation as a party town may be one of its best-kept secrets. The falsehoods that Utah is dry seem to perpetuate the myth that the Park City sidewalks are rolled up after dinner. Nothing could be further from the truth. The sidewalks are typically covered with revelers in the evenings as the skiers unwind from a day on the slopes. Popular destinations include the Wasatch Brewery (a microbrewery renowned for their “Polygamy Porter”) and the new High West Distillery and Saloon (a whiskey distillery located just off Main Street).

A stroll down Main Street brings back all the romance of the Old West, and is as sure to capture your heart as quickly as it did the rest of the world’s during the 2002 Olympic games. With over 100 bars and restaurants just minutes away, Park City is rumored to have more restaurants per capita than any other city.

Throughout the Park City area there are hundreds of shops, large and small, offering everything imaginable. Quaint storefronts showcase Park City's eclectic nature and hold everything from hardware to sportswear, handcrafted furniture to secondhand treasures to designer boutiques. During the day, shoppers can be seen strolling up and down Main Street carrying clothing, ski gear, antiques, jewelry, books, artwork, or a piece of Rocky Mountain Chocolate. Whereas in the past the riches of Park City were found in silver beneath the ground, today the riches can be seen in the stores above the ground.

If you can’t find what you want on Main Street, remember that there is the Redstone Shopping Center at Kimball Junction (about 15 minutes away), as well as the Tanger Outlet Center (also by Kimball Junction).

The Sundance Film Festival is held in mid-January each year in Park City, and showcases 200 films from over 9000 submissions from American and international independent filmmakers. Over 50,000 people attend this media extravaganza in hopes of discovering filmmaking’s newest talent or hobnobbing with the stars.
Explore

Winter in Utah means one thing – The Greatest Snow on Earth! The proximity of the Great Salt Lake to Utah’s mountains results in an incredibly dry powder snow that blankets the ski resorts every winter. The Park City area averages well over 300in of fresh Utah powder every year! Whether you prefer deep powder or groomed corduroy, expert terrain or easy runs, glade skiing or open slopes, you will find it all at the three Park City resorts. And with its proximity to Salt Lake City International Airport, you can literally leave home in the morning and be skiing by lunchtime! 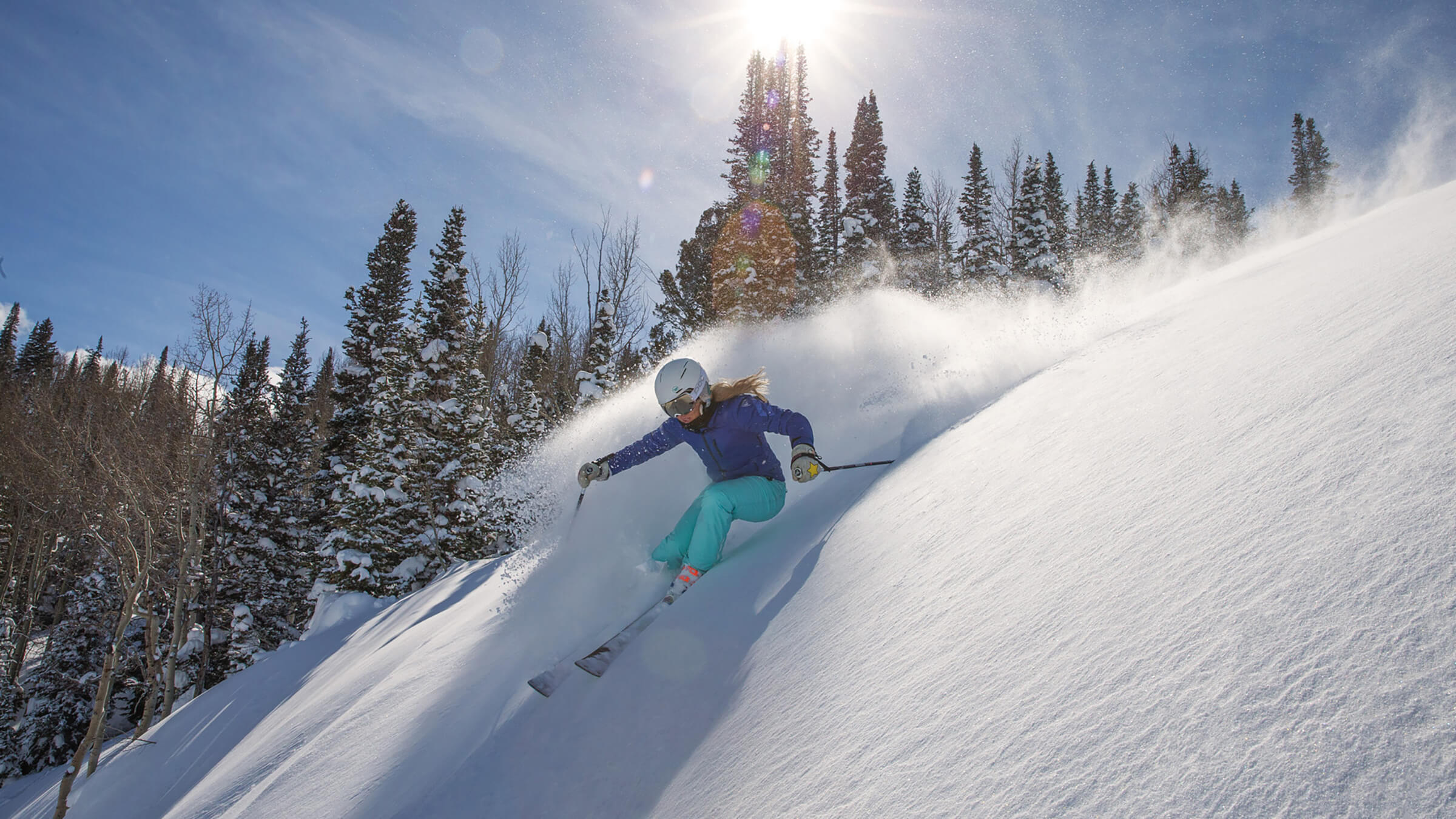 THE LARGEST SKI RESORT IN THE UNITED STATES

The saying among the locals is “Come for the winters, stay for the summers.” Summer in Park City means an unparalleled alpine experience within a 35 minute drive of Salt Lake International Airport. One featured summer activity is Deer Valley's Snow Park Amphitheater, which features concerts by world renowned artists. Past performances have included Bob Dylan, Willie Nelson, Bonnie Raitt, BB King, and the Utah Symphony Orchestra. Concerts are typically held in the evenings, a four minute walk from the Red Stag. Or you can stay on your deck and listen for free! 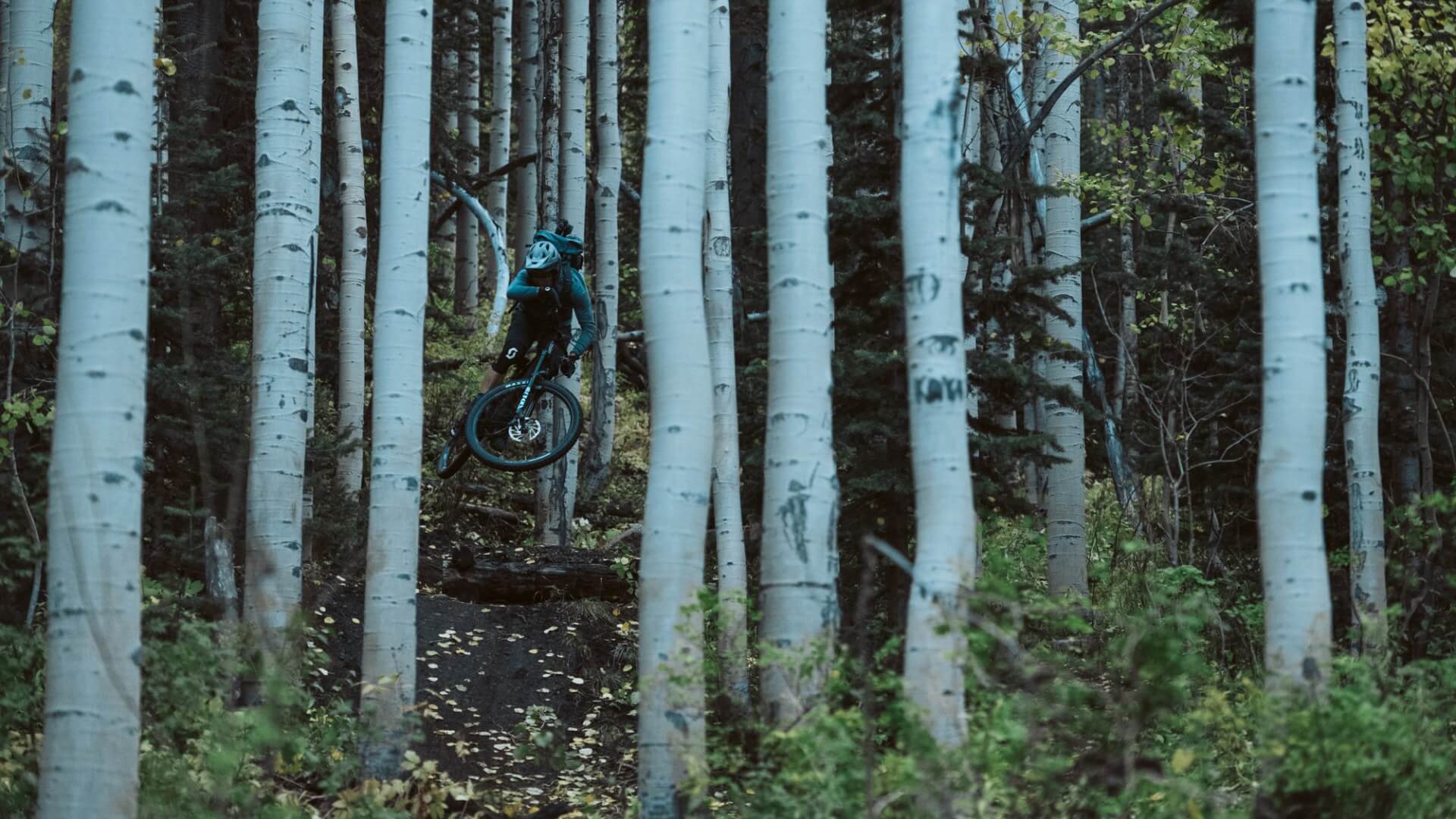 EXPLORE OVER 400 MILES OF SINGLETRACK TRAILS

The 2002 Olympic Winter Games venue for Nordic jumping and the sliding sports of bobsled, luge, and skeleton. The Park is a U.S. Olympic Training site, serving as a year-round competition and training ground for recreational and high-performance athletes. 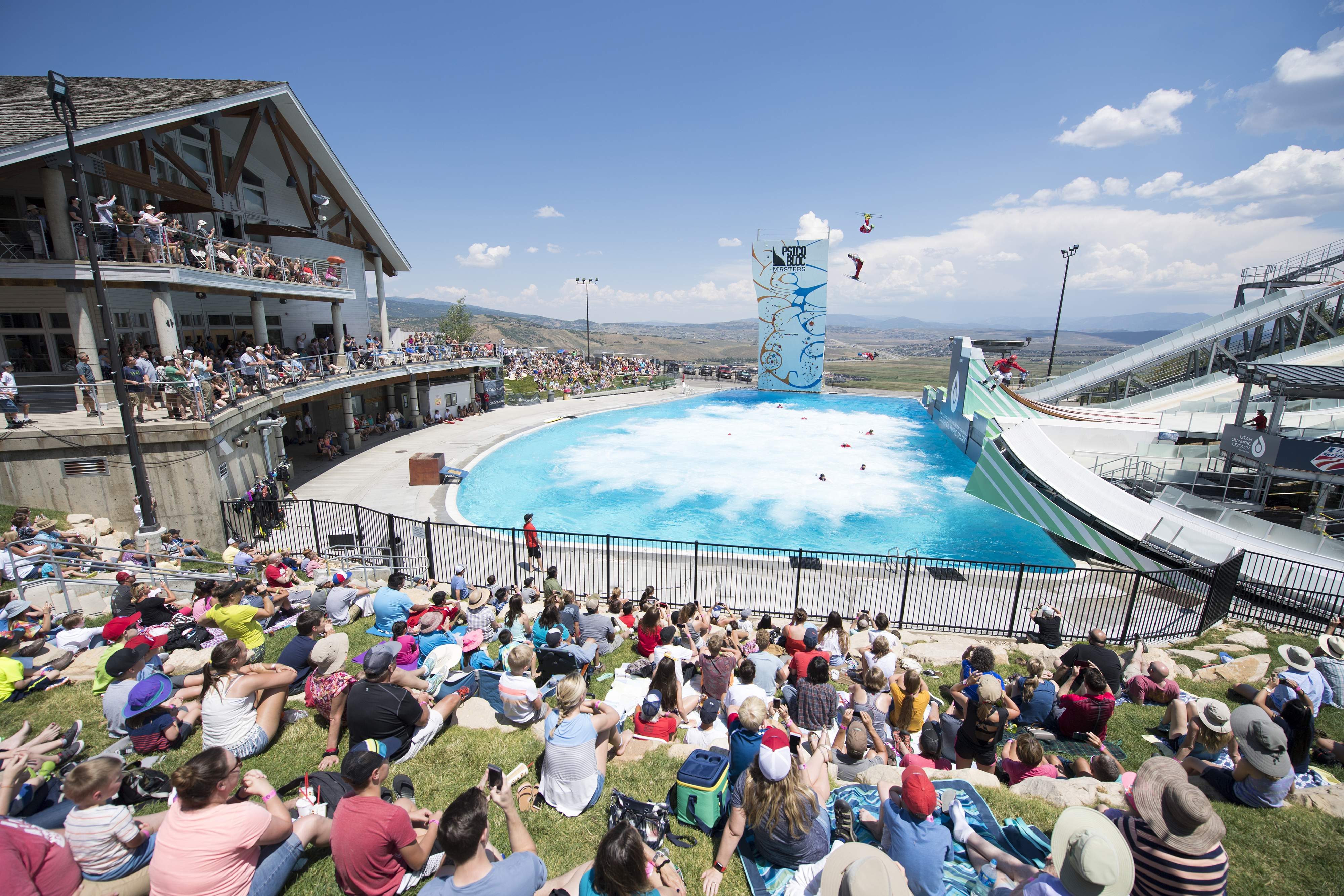 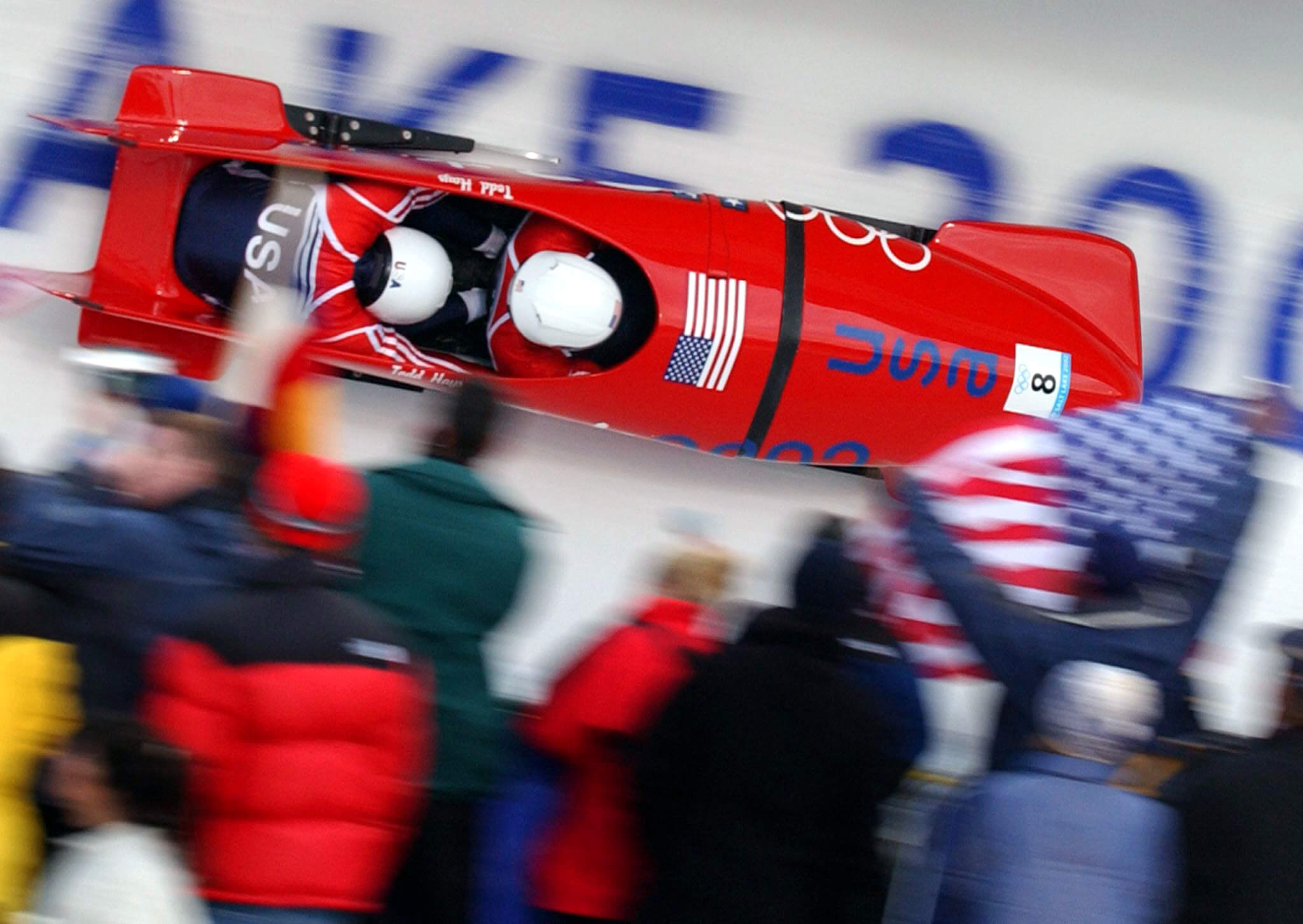 Watch athletes train, visit the 2002 Eccles Winter Olympic Museum, or race down the track in a bobsled.